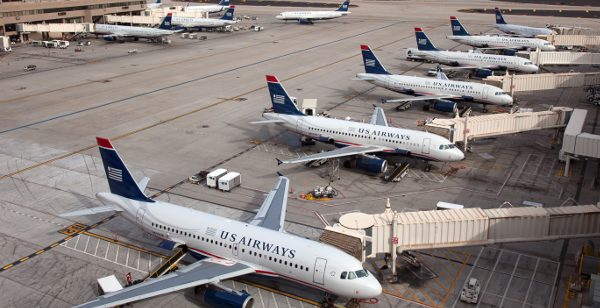 Phoenix Sky Harbor International Airport (PHX) is a civil-military public airport located 3 miles southeast of Phoenix, Arizona. . It is.Arizona’s largest and busiest airport and is one of the ten busiest in the nation.

In 2015, the airport served 44,006,205 passengers. It handles more than 1,200 aircraft operations daily, 100,000 passengers and more than 800 tons of cargo. The airport is a hub for American Airlines, with 307 daily departures and is one of the largest cities for Southwest Airlines with 180 daily departures.

Sky Harbor also serves as one of the largest focus cities for Southwest Airlines with 180 daily departures to 50 cities.